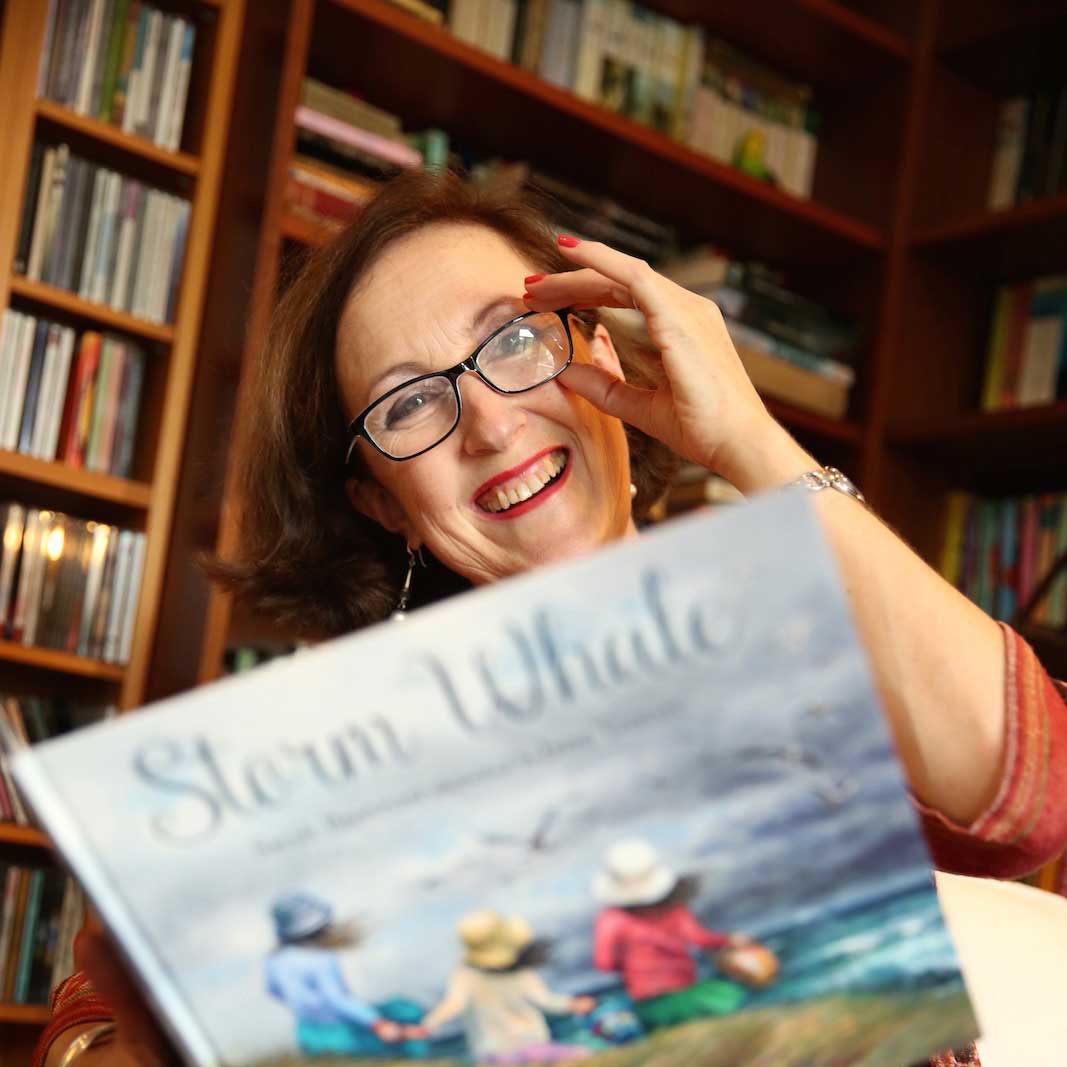 Sarah was born and grew up in the Australian island state of Tasmania. After 16 years working as a lawyer in London and Brisbane, Sarah moved to Hong Kong in 1998, where she found her mission as a much-loved children’s author, bringing Chinese history and culture to children everywhere through her funny and educational stories. She is passionate about children’s literacy, and over the last 14 years has taken her stories and writing workshops to over 300 schools in Hong Kong, the Chinese mainland, Singapore, Australia and the UK. She also regularly addresses conferences about why reading books is essential for our children’s mental, emotional and social development. She is excited to be introducing her books to the children of New York at the China Institute Chinese New Year celebrations in January 2020.

Sarah’s books have regularly appeared on bestseller lists in Hong Kong, where at one point, two of her titles outsold the (then) latest J.K.Rowling and Stephenie Meyer titles for 6 weeks running! Her Chinese Calendar Tales have been long-listed for Singapore’s Red Dot Children’s Book Awards and short-listed for the Golden Dragon Book Awards in 2016. The great Australian author Thomas Keneally (Schindler’s List) has described Sarah’s work as “a meeting between traditional Asian narratives and the universal taste of children for graphic stories. The tale-telling gifts shown in these books, along with the exuberance of the language and rhymes, make them unique in children’s literature”.

Sarah has 2 grown up daughters, and lives with her French husband and an opinionated Shi-Tzu Maltese Terrier in Hong Kong’s beautiful New Territories.

Sarah Brennan and Harry Harrison: How we made the Chinese Calendar Tales Age 5 - 12