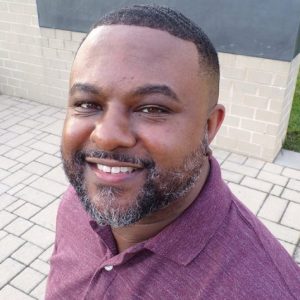 Lamar Giles is a well-published author and a founding member of We Need Diverse Books. He is a two-time Edgar Award finalist in the YA category, for his debut YA thriller Fake ID, which has been optioned for Sony Pictures, and his second YA thriller, Endangered. His third YA thriller, Overturned, was named a Kirkus Best Book of 2017. Lamar has two novels forthcoming in 2019: his debut middle grade fantasy The Last Last-Day-Of-Summer and his fourth YA thriller Spin.